You’ve borne it as long as you can. Everywhere you turn, they have haunted your footsteps. For every pace forward, they have been the stone in your shoe. For every triumph, they have stolen the savor. You can bear it no more. You’ll have your vengeance.

First Dig 2 Graves is a rules-light, two-player storytelling game of old grudges, sudden vengeance, and ruinous cost. Inside you will find rules of engagement which explain how to use Playsets (such as The Plural of Wizard is War, included with the base game), as well as guidelines for creating your own Playsets. A game with an established Playset can be played out in as little as thirty-minutes, up to a couple of hours, depending on the styles of the storytellers playing.

This is a storytelling game. The bulk of your time in First Dig 2 Graves  will be spent engaged in conversation, framing scenes, establishing truths, and asking questions. The back and forth between you and your Rival will be given scope and context through this conversation, and through it the stakes of every Pass and Flashback will be made clear. The mechanics are there to spur discussion and adjudicate the conversation when the drama needs resolution. Reach for dice when it’s time to move forward, but remember to give the rolls context. They are not abstractions, they are the bones upon which the fiction—your story—is built.

To play this game you will need a handful of 4-sided dice, a few notecards, something to write with, and another player who will not hold a grudge in the real world for the ruin you are about to wreak upon their made-up character.

Together with your Rival you will create a backdrop against which your struggle will play out. You'll begin at the end, flashing back to the moments where your idle dislike became a fully-fledged vendetta, jockeying for power over your opponent the while. You'll sacrifice relationships, your possessions, even your very nature in your quest to finally be rid of your rival. And when it's time to finish it, you'll see all too well that an errand of vengeance is best begun with shovel in hand. First, dig two graves.

First Dig 2 Graves comes complete with a sample playset, The Plural of Wizard is War. In this playset you and your rival will play powerful wizards, following the tale of their earliest grudges up to the titanic struggle which may consume them both. Conquer the halls of academia, embark on dangerous expeditions, undertake risky experiments, and shame your rival at every turn. The world is not big enough for the two of you.

First Dig 2 Graves runs on a modified version of Caltrop Core, a rules-lite and easy to use mechanic developed by TitanomachyRPG.

In order to download this game you must purchase it at or above the minimum price of $6 USD. You will get access to the following files:

Support this game at or above a special price point to receive something exclusive.

Our Rival is Capitalism

This is a game about thwarting your rival at every turn, and a system where we have to get paid for our time and art is always going to be our rival. So, if you're cagey about pledging your hard-earned dollars, the ones you might need to put up toward rent or food or the other necessities of life, grab a copy and have fun, on us. If you like it and want to donate later to say thanks when circumstances change, we'll put up another community copy for someone else to enjoy.

We'll also be adding community copies whenever someone purchases First Dig 2 Graves above the posted price.

Maybe dig a third grave for a broken system. 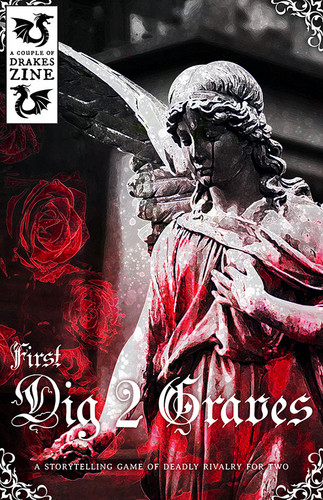 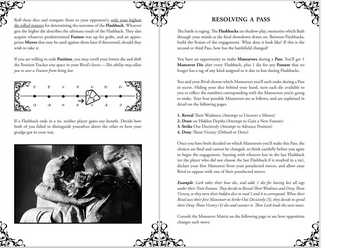 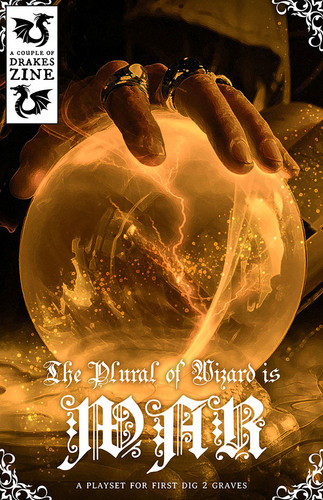 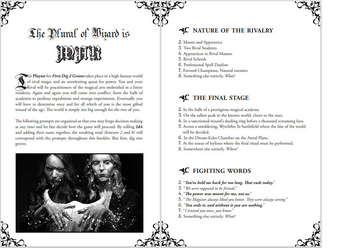