The Hour of Chains is upon you and it's time to go to work, Scoundrel. The Dusk's full of opportunities if you know what you're looking for.

This collection of one-page scores for Blades in the Dark offers ten ready-to-run scenarios with patrons, paydays, and problems aplenty. Suggested clocks are included, so all you need to run an explosive heist, a thrilling chase, or a tense exploration of the haunted streets of Doskvol is about ten minutes, some d6's, and a crew of scoundrels hungry for the next score.

This work is based on Blades in the Dark (found at http://www.bladesinthedark.com/), product of One Seven Design, developed and authored by John Harper, and licensed for our use under the Creative Commons Attribution 3.0 Unported license (http://creativecommons.org/licenses/by/3.0/)

So I've used one (Panic at Brisco's) and introduced a second (Every Man, Jack) score from this collection and my players quote 'deeply enjoyed it', and now they're excited for this next one.  So to wrap up this review, I appreciate the open ended aspect of the modules. Just enough to work with, but still not cluttered in content.

Personal story time
So at my table the second score I'm using as stated above, well, the crew had dealt with a killer known as jack a few sessions ago, said killer was tied to an NPC friend they made, a personal investigator Branon Michter, who's father, was a bluecoat, and killed during his job with little proper investigation. IN SHORT, they're just as excited as I am about how well that fit into our story

Reply
A Couple of Drakes8 days ago

This kind of comment is absolutely pure, undiluted joy. That's my motivation to keep making stuff sustained for the next week! Thanks so much for sharing your story.

No problem, keep up the great work!

Not only a fantastic collection of tight adventure seeds, but also a good lesson in how little prep one really needs to set an entire evening of Blades in the Dark on its way. Each scenario is designed so it can be played a few different ways, depending on which NPCs and details you select, making it readily adaptable to your crew and their history.

And it's just a fun read. That's worth something as well. Not everything needs to be rated on utility. Let's also leave space for joy, which this collection delivers.

Thanks so much, Michael! As a proponent of collecting TTRPG stuff as reading material AND as game-running material as separate but linked hobbies, I'm glad that we managed to deliver.

Your joy feeds our joy. 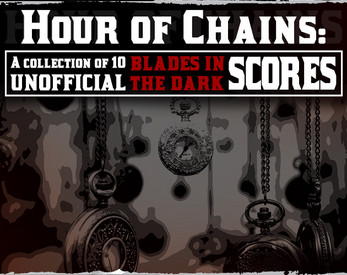 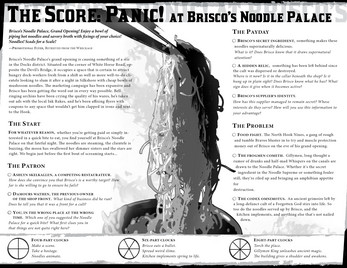